Over the years, women’s rights have made a lot of progress. We’ve come a long way and it’s all thanks to those who stood up for themselves in the past. It is said that nowadays women have more access to education, jobs, voting rights, and other rights. However, women still suffer countless problems like sexism, domestic violence, reproductive rights, stereotypes, patriarchy, and discrimination in employment, education, and health areas. Looking at all these present issues, we can see gender equality still has a long way to go.

Even though we are in the 21st century, there are still gender-based stereotypes everywhere. Ever since girls are born, they are faced with stereotypes telling them what to do. These stereotypes set the bar about what a lady is limited to and their role in the community. For example, most Disney movies include protagonists who play the role of “a damsel in distress”. These characters set stereotypes about women’s physical appearance, personality, and role in society.

They suggest that women usually dress feminine, act gentle, are weak, need to be protected by men, and have to change who they are to be loved by a man. The physical appearance of these female protagonists also suggests that girls should be thin and graceful and groomed in ways that are stereotypical of their gender. Such as wearing dresses or using makeup. Although some Disney princesses like Mulan, Merida, and Elsa don’t follow the typical Disney princess lifestyles, there are still plenty of other characters like Cinderella who had to change her physical appearance to be deemed attractive to a man or Rapunzel who spent her time waiting for a man to rescue her.

Not only that but as they grow up, teen girls are faced with gender stereotypes in school and their surrounding environment. Schools have dress codes for both girls and boys, but dress codes for girls are extra severe because of their gender and bodies. Girls can’t show their shoulders and armpits, can’t wear specific-sized shorts or skirts, or wear some lightly exposing clothes because it’s “too distracting” for the opposite gender and learning environment.

A female individual might’ve been told that certain sports or activities are better suited for boys and she can’t play them because it might be too dangerous as her body is weaker. There have even been moments in school where people might’ve spread gender stereotypes without even realizing it. A male student might’ve been told to “man up” when he was being bullied or looked down upon. Or someone might’ve used the phrase “like a girl” in a situation where an individual looked weak or what is considered a feminine thing to do. A common stereotype you’ll see all around you is that blue is a masculine color and pink is a feminine color. Or that cars are for boys and dolls are for girls.

Even after they enter the adult world, women might face stereotypes about their physical appearances, personality traits, behavior, or occupation. What one might see as “leadership” in a man, could be the same thing as “bossiness” in a woman. While a boy might be viewed as being “mature”, in the same situation, a girl might be viewed as being “uptight”. The society also has these thoughts regarding what women can and can’t do. Thoughts about physical strength and the two genders – “men are stronger than women“. A woman is too weak to handle the same responsibility as a man. Or that a man can do the job better.

Nowadays, women can be doctors, politicians, teachers, lawyers, and military personnel. However, there’s still a lot of discrimination in the employment industry. Women still lack full access to traditional male fields like the military and positions of power. Also, female doctors are paid $20,000 less a year than male doctors. You may think the wage gap is narrowing and women have access to the same jobs as men; however, according to Women’s Policy Research (IWPR), the wage gap has barely budged in the past decade. According to the Pew Research Center, women makeup almost half the workforce and are breadwinners in 40% of households with children.

Yet, they are not paid the same salary as men. In several countries, women are restricted by law for doing some jobs such as mining, construction, factory work, metalwork, and jobs deemed “hazardous,” “arduous,” or “morally inappropriate” for females. For example, in Russia, women can’t be truckers. In China, women can’t be miners. In Saudi Arabia, women can’t be cab drivers.

In Madagascar, women are restricted from “Preparing, handling and selling printed literature, posters, drawings, engravings, paintings, emblems, images and other objects whose sale, offer, exposure, display or distribution is punishable under criminal laws,” the World Bank reports. There are even some countries where women aren’t allowed to work without the consent of a male relative. According to IWPR, women are 51% of the population, but makeup 19% of Congress and only a quarter of state legislatures. Women are on course to reach parity with men by 2117.

Some other issues women face these days are domestic violence and reproductive rights. According to the National Coalition Against Domestic Violence, “One in 3 women have been a victim to some form of physical violence by an intimate partner.” And “The U.S. Department of Justice reports that approximately one in four homeless women are homeless because of violence committed against her.” 1 in 5 women in the United States has been raped in their lifetime. While for men, the statistics are only 1 in 71. “72% of all murder-suicides involve an intimate partner; 94% of the victims of these murder-suicides are female,” says ncadv.org. Along with sexual abuse and violence, women have also been fighting for reproductive rights. As in birth control and abortion rights. As well as affordable childcare and equal pay so they can support their families.

Next is education. From a global view, women are still suffering from educational inequality. Approximately one-quarter of girls in the developing world do not attend school. Families who can’t afford to send all their kids to school often send the boys and keep the girls at home for household chores. “Thirty years after the adoption of the Convention on the Elimination of All Forms of Discrimination against Women (CEDAW), many girls and women still do not have equal opportunities to realize rights recognized by law.

In many countries, women are not entitled to own property or inherit the land. Social exclusion, honor killings, female genital mutilation, trafficking, restricted mobility and early marriage among others, deny the right to health to women and girls and increase illness and death throughout the life-course,” says Dr. Margaret Chan, Director-General of World Health Organization. As you can see, decades later, women still suffer the same problems they used to before. Just on a different scale. We still suffer from stereotypes, domestic violence and abuse, equal pay, equal opportunities, and educational equality. 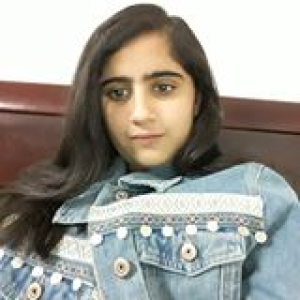 Diya Kamboj is a content writer at Ritiriwaz and she is interested to share her ideas with readers. She loves to write about fashion and fitness articles.

International Day of Living Together in Peace – 16 May

How to Write a Short Essay Perfectly and Clear?